Today’s Wednesday Story is from my dear friend Ally who is on IG @silientlysurvivingsouls . Ally is a wife and mother of three. She is a blogger. She is a champion for discussing women’s mental health. She was first diagnosed on her mission for The Church of Jesus Christ of Latter-day Saints. She has shared that journey on her blog. And it is such a light to so many others who have gone through or are going through a similar experience.

She is open about how she struggles as a mom and wife as she navigates mental illness. She is open about how she keeps.on.going! I know that mental illness is a real, heart-wrenching challenge. It is a struggle in my family and I’m betting in most families someone you love struggles. I hope that today, you may feel like you can relate, or maybe Ally’s words help you understand your loved one a little better. Let’s reach out to those we love with support and strength, especially as those of us who live in Utah begin to live in the cold, dark months of winter. Spring will come. Each day brings us closer.

I keep seeing all these posts about how excited everyone is for fall. I mean October brings many good things: it’s my birthday month, Jazz basketball begins, pumpkin flavored everything is on the shelves, Halloween, and this year it means I get another baby! So why wouldn’t I be excited too? The answer is I’m terrified of reliving what happened last year.

Last September (2018), I am pretty certain that I would not have been able to be diagnosed with anxiety or depression. I was feeling that good. I had not experienced any major symptoms, just minor things that everyone does, and I truly thought that maybe I was over my mental illness and it was a thing of the past. And then it hit me, worse than it ever had before.

I slowly started declining in October, and towards the end of November and beginning of December I was a huge mess. I had little energy and felt like everything was falling apart because I struggled to do just about everything. I would wake up in the middle of the night not being able to relax. I didn’t want to be around people. I would lay in bed with my girls while they would watch TV. I remember sitting at the table on Thanksgiving with my family
surrounding me and feeling like I couldn’t get enough oxygen. I had to excuse myself to get composure and try not to have a panic attack because I had no idea what was going on and it was scaring me.

That wasn’t the first time I had experienced this, and it would keep going on for a few more weeks. I thought something was wrong with my heart or my lungs and so sometime during the first week of December I finally went in to see my Doctor, after almost passing out that morning.

I had my husband go with me to my appointment, because my anxiety was leading me to think of all the worst-case scenarios that could be wrong with me. I had to call my Mom and have her come watch my kids because I was so dizzy and had zero energy, plus I didn’t want them to have to worry about what to do if their Mom goes unconscious.

The nurse took my blood pressure and got my weight, and after she weighed me she told me that I was underweight. That didn’t surprise me too much because I had been struggling to eat. My appetite was pretty nonexistent, and eating had become a chore. Nothing sounded good to me, and when I tried to force myself to eat I would just end up gagging or dry heaving/throwing up.

When my Doctor came in and asked what was going on, I immediately started bawling, and tried to explain what was going on through sobs. He had seen me the year before at about the same time because I wanted some meds to take for flying. At both appointments he ordered blood tests to be done to check my thyroid and vitamin D levels. My vitamin D levels were low both times, but in 2018 he told me they were so low that I could almost have been diagnosed with Rickets (which is a disease from vitamin D deficiency).

That explained why I felt like I wasn’t getting enough oxygen, lack of vitamin D can affect your breathing. So needless to say my Doctor prescribed taking vitamin D daily. He also put me back on Prozac. My mental state was so ridiculous, to me, at this point that even taking my medication had me freaking out because I was worried about all the side effects, even though it was something I had taken before. It took some pep talks, but I eventually started taking it again and after a couple weeks it started to help without making me feel dizzy.

While all of this was going on, I was terrified of being alone. I was scared something would happen to me while my husband was at work and my poor girls would be left to fend for themselves. I spent almost every day at my parent’s house or asked my sister to come over and hang out. I can’t even begin to explain how much I needed that security and am so grateful for them for being there for me despite the burden it may have been for them. I also had called in sick to work more times than I care to admit because I didn’t want to be around people that I had to “fake it” in front of, and I was also worried something horrible would happen while there. When I would go in, I changed the way I would drive there so I didn’t have to go on the freeway. Going fast in the winter weather gave me even more anxiety than usual.

My husband and I had a trip to Lubbock, TX planned mid-December to visit his parents, and I was hoping that my meds and vitamins and everything would kick in enough for me to feel good enough to go. But I was still a mess and just thinking about getting on an airplane and having to try and act normal was honestly too much for me to handle. So, I took my husband and kids to the airport and said goodbye to them for a few days. It was hard, but I knew going would be worse.

I stayed at my parent’s while they were gone and didn’t really do much. I watched movies, took naps, and played Nintendo with my sister. My breathing was getting better, but I would still have moments where I felt like I wasn’t getting enough oxygen. And I still felt like something horrible was going to happen to me. I had no energy and didn’t care to do anything. I had become numb again.

Sometimes when I look back on December of 2018, I feel like I was being dramatic and built up how bad it was in my mind, but then I catch myself and realize it’s not ok to justify how bad things really were. I had a major depressive episode and there is no downplaying how rough and miserable it was. It was a real-life nightmare.

So that’s why I’m a little apprehensive about this fall and winter. My Doctor knew we’d be moving to Texas when I had my appointment last December and said that would help me, with it being warmer and even the lower altitude. I’m crossing my fingers that he is right, even though I will have a newborn and all the adjustment that comes with that. Seasonal Affective Disorder is real, and I feel like it’s just looming over my head.

Ally now has a beautiful new baby to love on in the warmer climate of Texas. If you follow her on IG, you know she was very real and honest about how hard those last few weeks of pregnancy were for her. It. was. so. hard. But she pushed through. Ally is an example of how we can keep going in the midst of mental illness. She has learned that things like exercise are very important to her mental strength.

On a recent therapy visit with one of my children, the therapist recommended this site

It is a list of 99 ways to help with coping when you are struggling. The list is adaptable to what you think will help. My anxiety brain likes to run away with me often lately. And another thing that helps me to cope is listening to positive self-talk podcasts. It gets my brain to slow down and focus on good things instead of what’s worrying me.

I hope today that Ally’s story brings you hope. Hope that spring will come after the “winter” episodes in life. We all are sent to earth to learn, and sometimes what we learn is that we can do hard things and come out better and stronger. I hope that you will follow Ally on IG and check out her blog where she shares stories of others facing challenges too at

Thank you for joining me here at Awaiting Rainbows. I’ll always be here…

PS I shared my story on Ally’s blog and you can read it here.

I am a mom of six kids! Through my time awaiting those rainbow babies, I was blessed with A Jubilant Hope! This blog is all about HOPE. Here you will find hope in and a testimony of Jesus Christ. As a member of The Church of Jesus Christ of Latter-day Saints, my faith is what sustains me. Here you will find me sharing digital printables, recipes, and quotes that bring me joy. Today, and every day, there is a reason to hope. Follow me as I share my journey @ajubilanthope and my new adventure @asliceofhumblepiepodcast. View all posts by Emma Drennan

This site uses Akismet to reduce spam. Learn how your comment data is processed. 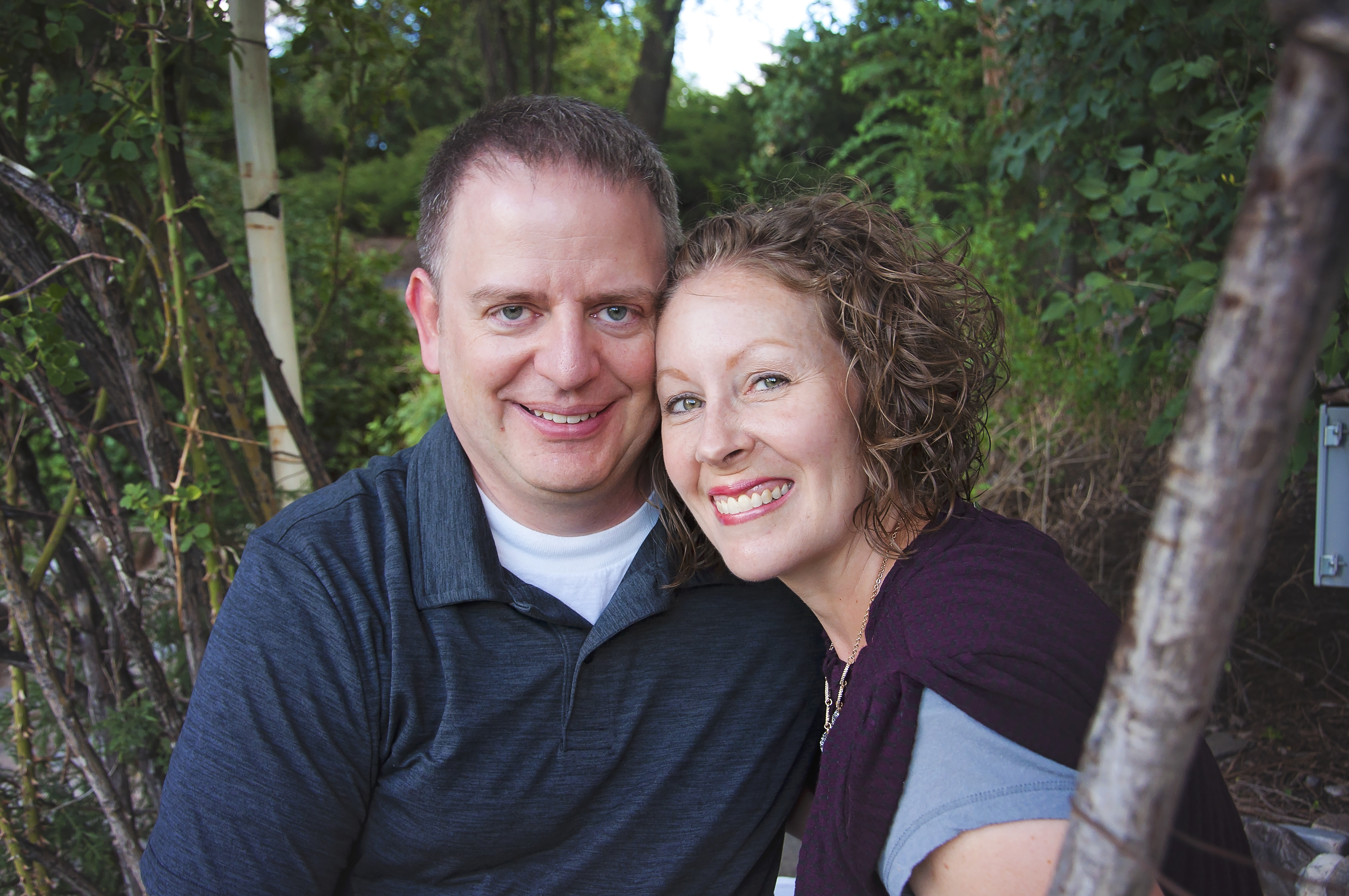 6 kids. 10 miscarriages. Utah is my home. I hope that by sharing good things here, you will find a Reason to Hope.

Check out my etsy shop! 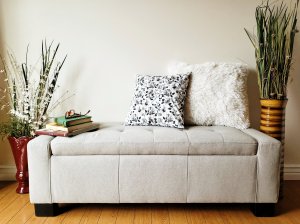 Purchase my eBook on Amazon

Search for past recipes or “Wednesday Stories” here